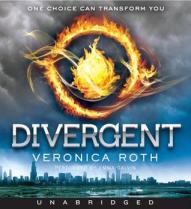 In the world of Divergent, society is divided into five factions, each of which prize a particular virtue (intelligence, bravery, etc.). At age 16, children must choose which faction to belong to and changing factions means leaving all friends and family behind. Tris’s choice to leave the selfless faction for Dauntless is brutally hard and she has a secret to hide which will make things even harder. END_OF_DOCUMENT_TOKEN_TO_BE_REPLACED

Title: Hunter’s Blood
Author: Marianne Morea
Source: from publisher for review
Rating: ★★★★☆
Review Summary: A fun, steamy read which includes some cliches but also threw out others in a way that made this a great read.

I don’t read much paranormal romance, largely because even the little reading I’ve done has made me acquainted with the cliches of the genre. This book has some of those. There’s the supernatural abilities as an explanation for unrealistically over-whelming sex appeal; the insta-love; the girl who feels overwhelmed by the guy’s magic enhanced mojo; and the guy intrigued because the girl is the only one who can resist his appeal.  However, if you like paranormal romance, I’d suggest you check this one out for the good qualities that make is stand out from the pack (pun completely intended). END_OF_DOCUMENT_TOKEN_TO_BE_REPLACED

Soundbites About I’ve Got Your Number

I’ve Got Your Number is light romantic comedy in which Poppy’s loss of her phone leads her to pick one up from a trashcan. Sam Roxton, whose personal assistant owned the phone wants it back but Poppy is desperate to hang on to it because she’s also lost her engagement ring and can only get news about it through the phone. As you can probably guess, the story sometimes surpassed the bounds of believability, but it was a fun adventure throughout. Overall, I thought it was a pretty standard romantic comedy and would make an excellent movie because someone funny is always happening. However… Poppy, while really witty and a ton of fun can also be an interfering, cowardly, stupid woman. There were times I loved her for her good points, but other times I found her so frustrating I almost hoped things didn’t work out! Overall, quite average. I thought the narration was very well done, especially the emotion with with the narrator told the story. Also, bonus points for singing. I did, however, sometimes find the whiny edge to her voice almost as annoying as Poppy.

As many of you could probably tell just from the trailers, the movie version of World War Z is nothing like the book. Instead of a series of interviews detailing the scientific, political, and social details of a zombie plague, this is an action-packed continuous narrative starring stay-at-home dad Brad Pitt. I was very pleased that the ethnic diversity of the original story made it into the movie. I was equally disappointed by the fact that we no longer got much of the big picture of how the world slowly reacted to the plague. Instead, Brad Pitt and his family are caught almost completely unawares by an attack of fast moving zombies that convert victims into zombies in seconds to minutes. In addition to turning almost immediately, zombies are also identifiable by their creepy white eyes. I think this eliminated a rather interesting complication from the book. Most of the changes, however, seemed like the right choice to me. Following one character throughout made me much more invested in the story and the solution to the zombie plague, while implausible, was also more clever than the brute force approach adopted in the book. Overall, this is not the book and I’m almost not sure they should have kept the name, but it was a great movie that was at least as good as the book, possibly better.

World War Z is the story of the zombie war, told in a series of interviews with the survivors. One of my favorite things about this book was that it starts with the first infections and covers all the details you might possibly want to know about how a zombie outbreak would go down. We start by learning about what the disease is like from a medical perspective. Then we see how different countries reacted politically and eventually militarily to the outbreak. And finally, we get little snippets of how individuals survived. I loved how realistic and believable all these details made the story. I also adored the full cast narration. It was just perfect for this book. The only downside for me was the narrative style and the length of the book. The interview style narrative seemed lazy to me, with the interview questions interrupting the flow of the story and serving as an artificial mechanism to transition between different topics. Due to this narrative style and the short length of the book, I never got particularly attached to any of the characters in the story and the whole thing lacked emotional impact. 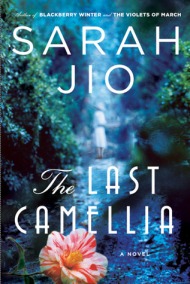 Title: The Last Camellia
Author: Sarah Jio
Source: from a friend
Rating: ★★★☆☆
Review Summary: While the plot was fascinating and the writing well done, this book was missing that special something which makes me fall in love with a book.

An apparently innocuous English estate, home to the last of a much-prized variety of camellia, becomes the site of mystery, murder, and intrigue across the years. Right before the beginning of WWII, Flora is convinced by a ring of thieves to take a job as a nanny in order to locate the camellia. Falling in love complicates her plans substantially and puts her in great danger. Over fifty years later, Addison moves into the manor in an attempt to escape her past. Now both her past and that of the manor are catching up to her and if she doesn’t solve the mystery of what happened to Flora, she might be in grave danger as well.
END_OF_DOCUMENT_TOKEN_TO_BE_REPLACED