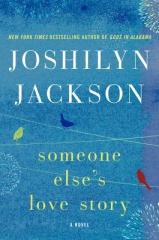 Single mother Shandi is deeply, lovingly devoted to her brilliant three year old son, so when the handsome William steps between her son and an armed robber, she immediately loves him too. Unfortunately for Shandi, William is still barely recovering from a devastating tragedy in his life and he has some secrets of his own. Their interaction will help both of them find out what they want and what they need as their lives shift around them.

This the third book I’ve read for the SheReads book club and the third one of those books I’ve given five stars, so if you’re looking for some good women’s fiction, I would consider these ladies an expert source of recommendations. Like many books I’ve fallen completely in love with, I have very few notes on why I liked it, because I was so deeply absorbed in reading. However, one thing clearly stands out to me as the most amazing part of this book: the characters. The characters were so believable, so unique, so real. Every character had their own history and their own quirks. The author somehow managed to write dialogue and narration that sounded completely natural but which were also examples of extremely beautiful writing.

The plot for me was almost indistinguishable from the characters because it followed directly from how these characters would act. At times I felt as though the author had simply created these characters and set them going, with the plot coming organically from the actions each character would naturally take. William was one of my favorite male characters ever. People with a truly scientific mindset are so infrequently featured as the heros of a book and that paired with his empathy for others made me fall just as in love with him as Shandi. The ending was a complete surprise but not in an unbelievable way and I loved it too. This whole book was a beautiful, hopeful, emotional ride and I can’t recommend it highly enough.

16 responses to “Someone Else’s Love Story”